Join the Defence of Atreia

Aion Classic brings you back to historic Atreia, beautiful but ravaged by the endless war between Light and Dark. Classic's launch welcomed you back to the world that was, but nothing can last forever--and as the Balaur attempt once again to break through the Abyss Gate, Atreia cries out for a hero.

Only the bravest Daevas dare to enter Dark Poeta and claim the right to rare, hero grade equipment.

A prized armor set with unmatched powers is certainly not easy to get, and this one is no exception. You and your team must get past a quest, a mob of monsters, and Brigade General Anuhart himself to claim it. Do you have what it takes?

After reaching Rank S and defeating the Fire Conqueror Tahabata, a weapon of unparalled power may be yours to claim. 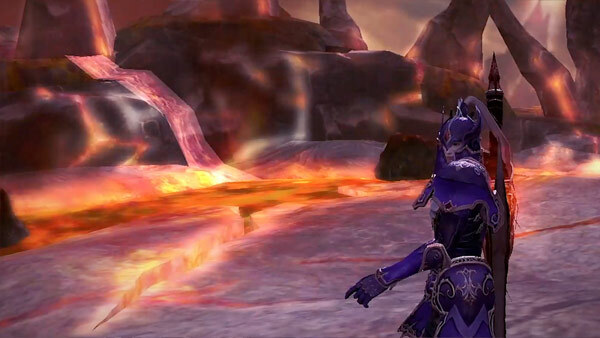 May the strongest faction win in a player vs player battle between the Elyos and Asmodians.

The Baranath Dredgion is a battlefied of stealthy tactics, supreme strategies, and epic victories--but for which side? Fight to defeat the opposing faction and compete for Abyss Points in this competetive player vs player area!

Upon reaching level 50, test yourself with a series of quests to claim a full set of prized, powerful amor. The armor isn't the only thing to gain, but only the worthiest Elyos can become a member of the Miragent Holy Templars, and only the fiercest Asmodians can earn the title of Fenris's Fang.

Witness Kromede the Corrupt's story of betrayal, love, and revenge by transforming into her and reliving her past in this dramatic story instance.